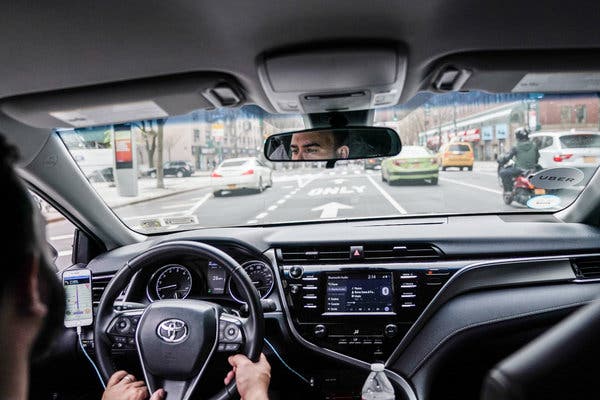 As reported by NYTimes.com.

The move by New Jersey could reverberate across the gig economy.

New Jersey has demanded that Uber pay $649 million for years of unpaid employment taxes for its drivers, arguing that the ride-hailing company has misclassified the workers as independent contractors and not as employees.

The state’s Department of Labor and Workforce Development issued the request this week to Uber and a subsidiary, Raiser, after an audit uncovered $530 million in back taxes that had not been paid for unemployment and disability insurance from 2014 to 2018.

Because of the nonpayment, the state is seeking another $119 million in interest.

The case represents a major escalation in how states nationwide view the employment practices at the core of many app-based companies, and the first time that a local government has sought back payroll taxes from Uber, which has hundreds of thousands of drivers in the United States.

A spokeswoman at Uber said the company disputed the state’s findings. “We are challenging this preliminary but incorrect determination, because drivers are independent contractors in New Jersey and elsewhere,” the spokeswoman, Alix Anfang, said.

Across the country, states and cities have moved aggressively to rein in gig-economy companies that depend on inexpensive and independent labor, potentially reshaping their business models. Such companies have so far been able to successfully beat back attempts to alter the decades-long trend of outsourcing and franchising work.

In California, a new law could require that workers be designated as employees, allowing them to gain access to basic protections like minimum wage and unemployment insurance. Pushed by labor groups, similar legislation has taken root in New York, Oregon and Washington State. In New York City, drivers for ride-hailing apps now receive a minimum wage, though they are not classified as employees.

Last week, the New Jersey Senate took up legislation that could restrict when some businesses are permitted to classify workers as independent contractors. As employees, they would be entitled to basic protections and benefits, such as overtime pay, health care and unemployment insurance.

The labor costs of companies like Uber and Lyft could rise by 20 to 30 percent if they were required by regulators or courts to treat drivers as employees, according to industry estimates.

“The New Jersey Department of Labor and Workforce Development is cracking down on employee misclassification because it stifles our work force and inflicts a huge financial toll on our economy,” Robert Asaro-Angelo, the department’s commissioner, said in a statement.

A department spokeswoman declined to discuss the specifics of the case, which was reported by Bloomberg Law.

“It’s a stinging rebuke of the architects of the gig economy, and we hope it permeates across other sectors.” Bhairavi Desai, the executive director of the New York Taxi Workers Alliance, said in a statement. “New Jersey is sending a message that the state’s labor laws aren’t dictated by corporations.”

A 2018 audit of about 1 percent of New Jersey’s employers determined that more than 12,000 workers had been misclassified as independent contractors. Just for those workers, the result was more than $462 million in underreported wages and millions in unpaid employment taxes, the state said.

Some Uber drivers have sued the company in New Jersey, claiming they are employees and have not been paid adequately or compensated for the costs they incur.

“It’s a double whammy,” said Roosevelt N. Nesmith, a lawyer in Montclair, N.J., who filed a class-action suit on behalf of several drivers.

Uber controls when and how much the drivers can work but does not pay them overtime, Mr. Nesmith said. In some weeks, the drivers’ pay, after subtracting the costs of operating their cars, doesn’t amount to minimum wage, he added.

“Uber has sufficient controls over the work of the drivers such that they should be deemed employees,” Mr. Nesmith said.

Uber has responded to the suit Mr. Nesmith filed by invoking a requirement in its employment contracts that drivers must take disputes to arbitration. But Mr. Nesmith sees his clients as a possible exception.

They take passengers to and from airports and train stations and therefore engage in interstate commerce, which is one type of work that courts have exempted from mandatory arbitration.

In September, the Third Circuit Court of Appeals found that a federal judge in New Jersey had erred in deciding, in a separate case, that Uber drivers automatically failed to qualify for the interstate-commerce exemption. That case, Singh v. Uber Technologies, was filed on behalf of Jaswinder Singh and other Uber drivers who argued that they should be paid overtime.

Justin Swidler, a lawyer in Cherry Hill, N.J., who represents Mr. Singh, said many Uber drivers liked the flexibility of the job but did not consider themselves independent contractors.

“A lot of drivers like the freedom in scheduling and that it can be a part-time job,” Mr. Swidler said. “But that’s not the test in New Jersey. You can have those things and be an employee.”

Conversely, if you ask the drivers, “Do you think you’re running an independent business that isn’t dependent on Uber?” he said, “you’ll universally get a no.”