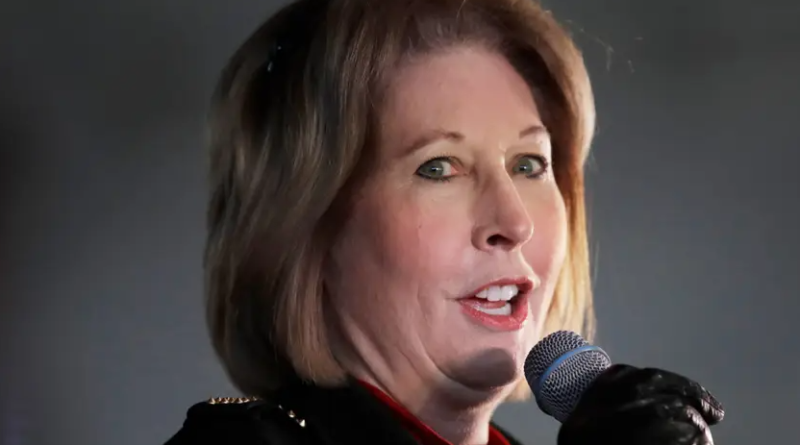 The Republican lawyer Sidney Powell has been ordered to refile a request to reverse sanctions imposed on her because the original brief she filed was full of mistakes.

A case manager for the 6th Circuit Court of Appeals — which oversees parts of Kentucky, Michigan, Tennessee, and Ohio — told Powell that her brief did not “comply with the Federal Rules of Appellate Procedure or Sixth Circuit Rules” and that she must resubmit it.

The “Kraken” lawyers’ appeal of a sanctions order for their failed election-overturning lawsuit is off to a rocky start. The 6th Cir. rejected their brief because it didn’t comply with a variety of the court’s rules. pic.twitter.com/Dz6A1D888G

Powell and other GOP-aligned lawyers asked the court earlier this week to reverse what they characterized as an “intemperate” sanctions order that a lower court judge imposed on them last year.

US District Judge Linda Parker, who ordered the sanctions in a scathing ruling last August, said Powell and eight of her co-counsels filed an election fraud lawsuit in Michigan “in bad faith and for improper purpose.”

The ruling came after Powell repeatedly promised to “release the Kraken” through a slew of lawsuits alleging that the 2020 election was chock full of widespread voter fraud and electoral malfeasance. None of the suits were successful, and Powell and her co-counsels were widely mocked for failing to do the most basic due diligence.

“Further, given the deficiencies in the pleadings, which claim violations of Michigan election law without a thorough understanding of what the law requires, and the number of failed election-challenge lawsuits that Plaintiffs’ attorneys have filed, the Court concludes that the sanctions imposed should include mandatory continuing legal education in the subjects of pleading standards and election law,” it continued.

In addition to sanctioning Powell and the other lawyers involved, Parker referred the attorneys for possible suspension or disbarment because their role in the lawsuits indicated they were not fit to practice law.

In their brief requesting that the order be reversed, Powell and her co-counsels said Parker did “everything possible to make Appellants seem overwrought, dangerous lunatics.”

“In the canonical account of treachery towards a sovereign, it is one of the supporters of the pretender to the throne who proposes, ‘The first thing we do, let’s kill all the lawyers.'”

“That is because ‘Shakespeare knew that lawyers were the primary guardians of individual liberty in democratic England,'” the brief said. “Americans know this too. Sanctions are not a saber but the resulting damage to civil society is the same. Shutting down speech is not our way.”

Powell made headlines while spearheading then-President Donald Trump’s failed legal effort to overturn the results of the 2020 US election.

“There are a lot more lawyers working on this, but I guess we’re the senior lawyers,” he continued. Ellis, who spoke after Giuliani, described the group as an “elite strike force team that is working on behalf of the president and the campaign to make sure that our Constitution is protected.”

However, despite the fact that Trump endorsed Powell by name and discussed a plan to appoint her special counsel to investigate the election results, Trump’s campaign distanced itself from Powell after she made a series of increasingly convoluted and unhinged claims about the election.