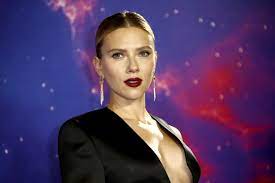 The settlement ends a back-and-forth PR battle pitting the CAA-repped star against the studio that was poised to have dramatic implications for all of Hollywood’s majors.

Scarlett Johansson and Disney have settled a breach of contract lawsuit over the star’s Black Widow payday, The Hollywood Reporter has learned. Terms of the deal were not disclosed.

“I am happy to have resolved our differences with Disney,” stated Johansson. “I’m incredibly proud of the work we’ve done together over the years and have greatly enjoyed my creative relationship with the team. I look forward to continuing our collaboration in years to come.”

Disney Studios chairman Alan Bergman added: “I’m very pleased that we have been able to come to a mutual agreement with Scarlett Johansson regarding Black Widow. We appreciate her contributions to the Marvel Cinematic Universe and look forward to working together on a number of upcoming projects, including Disney’s Tower of Terror.”

The explosive suit, filed by the actress in July in Los Angeles Superior Court, claimed that the studio sacrificed the film’s box office potential in order to grow its fledgling Disney+ streaming service. Disney countered that Johansson was paid $20 million for the film.

The settlement brings to a close a back-and-forth PR battle that pitted the CAA-repped star against Disney and was poised to have dramatic implications for all of Hollywood’s major studios. Johansson’s cause received support in the industry, with talent and executives — including Jamie Lee Curtis, Marvel’s WandaVision star Elizabeth Olsen and mogul Jason Blum — speaking out on her behalf.

At the time of the complaint, a Disney spokesperson said, in part, “The lawsuit is especially sad and distressing in its callous disregard for the horrific and prolonged global effects of the COVID-19 pandemic.” CAA co-chairman Bryan Lourd shot back that Disney “shamelessly and falsely accused Ms. Johansson of being insensitive to the global COVID pandemic, in an attempt to make her appear to be someone they and I know she isn’t.”

In her complaint, Johansson said the Marvel tentpole had been guaranteed an exclusive theatrical release when she signed her deal. She alleged that her contract was breached when the film was simultaneously released on Disney+.

As the coronavirus pandemic wreaked havoc on Hollywood over the past 18 months, Black Widow was one of many big-budget movies, also including Warner Bros.’ Wonder Woman 1984 and Disney’s Cruella and Jungle Cruise, that bowed simultaneously on streaming and in theaters. But to date, Johansson is the only major movie star to sue.

“Why would Disney forgo hundreds of millions of dollars in box office receipts by releasing the Picture in theatres at a time when it knew the theatrical market was ‘weak,’ rather than waiting a few months for that market to recover?” the complaint asked. “On information and belief, the decision to do so was made at least in part because Disney saw the opportunity to promote its flagship subscription service using the Picture and Ms. Johansson, thereby attracting new paying monthly subscribers, retaining existing ones, and establishing Disney+ as a must-have service in an increasingly competitive marketplace.”

Black Widow, which has earned $379 million at the worldwide box office to date, debuted at the same time in theaters and on Disney+ Premier Access for an additional $30. But in what was viewed by rival studio executives as a major miscalculation, Disney boasted July 11 that Black Widow earned $60 million via Disney+ Premier Access, opening the door for a fierce clash. After all, Johansson had been considering litigation for several months, says a source familiar with the suit. Until the afternoon of July 28, she believed Disney would make an offer and that she wouldn’t have to file a suit. But Disney stayed in the mode of, “Let’s keep talking,” the source adds. Johansson was particularly incensed by the announcement, which pleased Wall Street but not the talent and representation community.

So, Bill Nye Is Suing Disney

According to the complaint, Disney’s move “not only increased the value of Disney+, but it also intentionally saved Marvel (and thereby itself) what Marvel itself referred to as ‘very large box office bonuses’ that Marvel otherwise would have been obligated to pay Ms. Johansson.”

Johansson vs. Disney marked the latest iteration of a profit-participation dispute that is all too common in Hollywood, with actors fighting studios over their backend compensation or the definition of “net profit.” Very few of these battles percolate to the surface; they often come to a resolution before lawyers get involved, or the actor’s contract contains an arbitration provision and the whole process remains confidential. (A source familiar with Johansson’s suit says her contract does have an arbitration provision, but her lawyers were willing to test it.)

“The exception is when there’s so much money involved or if there’s a level of acrimony that has reached a point of no return, and people are going to stand on principle,” attorney James Sammataro tells THR. “That statement by Disney confirmed the latter, but it still is a shocking statement to make — to paint someone as being insensitive and playing the whole, ‘You’re so out of touch’ card. You could probably make the same argument about Disney; ‘Yeah. You’ve been generating millions, if not billions, during the pandemic.’”

In the wake of Johansson’s suit, more than a handful of other A-listers were said to be considering filing similar suits. (Jungle Cruise star Dwayne Johnson was not one of them, given that he has a different compensation structure than Johansson.) But that has not come to fruition yet. Cruella’s Emma Stone closed a deal two weeks after Johansson’s suit to star in a sequel of Disney’s live-action film, offering a sign that Disney was working to secure and mollify talent amid the charged atmosphere.

While Disney has faced criticism for its handling of talent deals during the pandemic, WarnerMedia took a different approach by proactively doling out as much as $200 million to pay a long list of stars whose Warner Bros. films were simultaneously opening in theaters and on its HBO Max streaming service, including Patty Jenkins, Gal Gadot and Will Smith.

Johansson is represented by Kasowitz partner John Berlinski, while Daniel Petrocelli has been repping Disney.