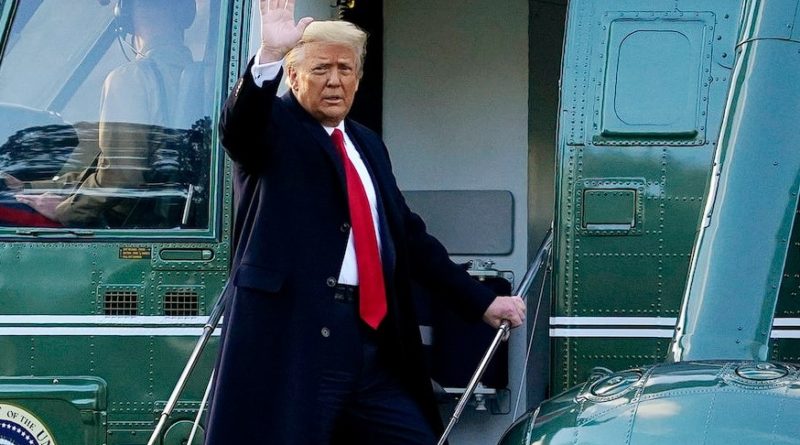 Federal investigators are also conducting interviews, but that does not mean criminal charges will be brought.

Investigators have begun conducting interviews, and a federal grand jury has issued a subpoena, as part of the Justice Department’s probe into how 15 boxes of government documents — some marked classified — made their way to President Donald Trump’s Mar-a-Lago residence, people familiar with the matter said.

The subpoena and interviews are signs that the Justice Department investigation, which was first reported by The Washington Post last month, is moving forward, with potential legal or political consequences for Trump or others involved in the handling of the government materials.

One person familiar with the matter, who like the others spoke on the condition of anonymity to discuss an ongoing investigation, said investigators had quizzed some former Trump White House aides about the boxes and how they were prepared; another person said investigators were still making interview requests of those involved. The subpoena was issued to the National Archives and Records Administration, a third person familiar with the matter said.

Mishandling classified materials is a federal crime, though substantiating charges in such cases can be difficult. The FBI often investigates to determine who might have seen sensitive government information, and prevent it from spreading further.

The boxes of documents at issue were recovered from Mar-a-Lago this year after they were improperly removed from the White House. David S. Ferriero, who retired last month as archivist of the United States, recalled in a recent interview that he was told by the White House Office of Records Management about a group of boxes in the White House residence that should go to the Archives, but they had not shown up as expected.

“I can remember watching the Trumps leaving the White House and getting off in the helicopter that day, and someone carrying a white banker box, and saying to myself, ‘What the hell’s in that box?’” he said, adding that “began a whole process” of the Archives trying to determine what documents they might be missing.

After National Archives officials went through the recovered materials and discovered that among them were documents marked classified, including at the “top secret” level, they asked the Justice Department to investigate, people familiar with the matter have said.

The subpoena to the National Archives and the interviews with people who might know about the handling of the materials — steps which were first reported by the New York Times — are not by themselves an indication that anyone will be charged with a crime.

When classified government information slips out into the world, it is common for the FBI to retrieve it and to interview those involved in handling it. To substantiate a criminal case, prosecutors would have to prove Trump or others intentionally mishandled the materials or were grossly negligent in doing so — a high legal bar.

But the probe will be another in a long list that could dog Trump as he signals he might run again for president in 2024. Trump also is facing multiple civil and criminal inquiries over his business practices and his efforts to overturn his loss in the 2020 presidential election.

When he ran for president in 2016, Trump railed against his Democratic opponent, Hillary Clinton, over an FBI investigation into her handling of classified information when she was secretary of state. At one point during a presidential debate, he said if he was president, Clinton would be in jail.