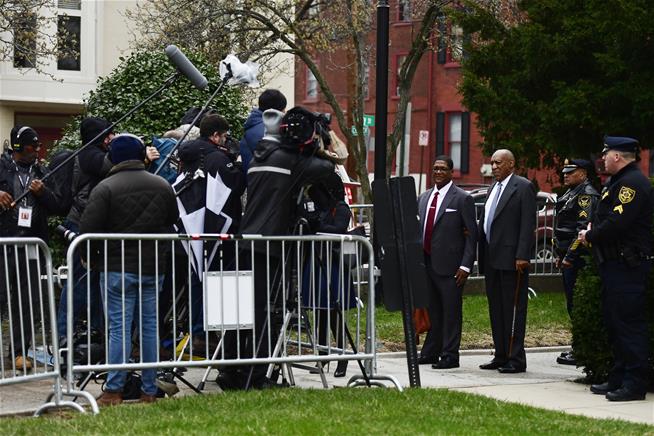 The judge in Bill Cosby’s sexual assault retrial gave his legal defense a huge boost Tuesday, ruling his lawyers can call a witness who says the accuser talked about framing a celebrity before she went to police in 2005 with allegations about the comedian, per the AP. Judge Steven O’Neill ruled that Marguerite Jackson can take the witness stand after he blocked her from testifying at the first trial—which ended in a hung jury—saying her testimony would be hearsay. Jackson’s testimony is crucial to a defense plan to portray Andrea Constand as greedy and deceitful. Constand’s lawyer has said Jackson isn’t telling the truth. The judge issued one caveat to the ruling, saying he could revisit his decision after Constand’s testimony.

O’Neill also hinted during a pretrial hearing last week that he could keep jurors from hearing Cosby’s prior testimony in a deposition about giving quaaludes to women before sex. He said he won’t rule on that until it’s brought up at the retrial. Tuesday’s rulings came ahead of the second day of jury selection in suburban Philadelphia. Cosby swung his cane and said, “Good morning, good morning,” as he walked into the courtroom. Cosby is charged with drugging and sexually molesting Constand, a Temple University women’s basketball administrator, at his suburban Philadelphia home in 2004. He says the encounter was consensual. The judge also helped the defense case by ruling that jurors can hear how much Cosby paid accuser Constand in a 2006 civil settlement.