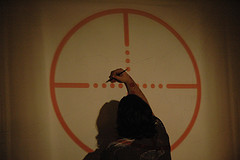 Merck made a “hit list” of doctors who criticized Vioxx, according to testimony in a Vioxx class action case in Australia. The list, emailed between Merck employees, contained doctors’ names with the labels “neutralise,” “neutralised” or “discredit” next to them.

According to The Australian, Merck emails from 1999 showed company execs complaining about doctors who disliked using Vioxx. One email said:

The plaintiffs’ lawyer gave this assessment:

It gives you the dark side of the use of key opinion leaders and thought leaders … if (they) say things you don’t like to hear, you have to neutralise them … It does suggest a certain culture within the organisation about how to deal with your opponents and those who disagree with you.

The court was told that James Fries, professor of medicine at Stanford University, wrote to the then Merck head Ray Gilmartin in October 2000 to complain about the treatment of some of his researchers who had criticised the drug.”Even worse were allegations of Merck damage control by intimidation,” he wrote, … “This has happened to at least eight (clinical) investigators … I suppose I was mildly threatened myself but I never have spoken or written on these issues.”

The allegations come on the heels of revelations that Merck created a fake medical journal — the Australasian Journal of Bone and Joint Medicine — in which to publish studies about Vioxx; had pop songs commissioned about Vioxx to inspire its staff, and paid ghostwriters to draft articles about the drug.