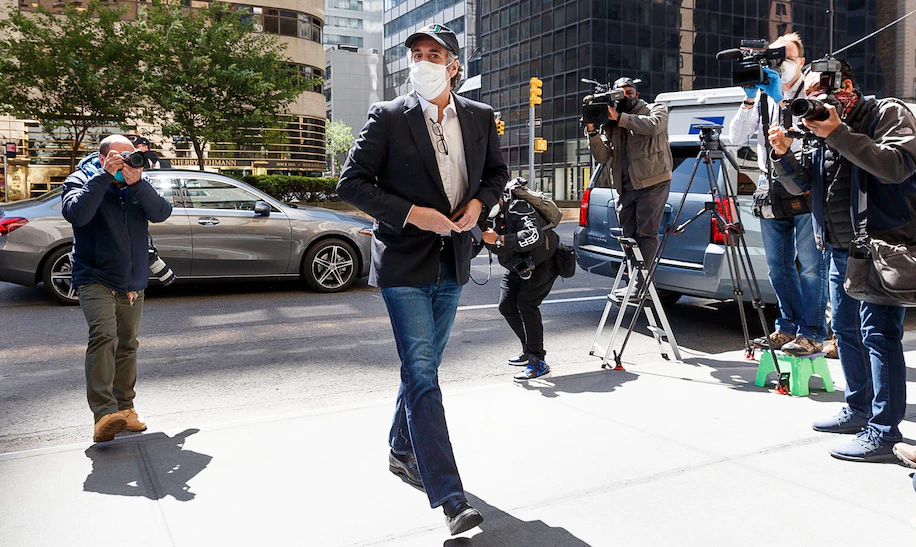 NEW YORK — A federal judge on Thursday ordered President Trump’s ex-lawyer Michael Cohen released from prison to home confinement, saying the Justice Department’s move to take him back into custody earlier this month was retaliation for writing a book about his former boss.

U.S. District Judge Alvin Hellerstein said Cohen must be released from an upstate federal prison by 2 p.m. Friday after being tested for coronavirus at the facility, where he’s been held in a solitary setting since being rearrested July 9. He will then go into home confinement in Manhattan.

Cohen and his lawyers maintained that his arrest was the result of his plans to write an unflattering book about Trump and Cohen’s experience in the justice system. He has said his book would include examples of Trump making racist and anti-Semitic comments in private settings.

Cohen had been free since May on a compassionate release along with a wave of other federal and state inmates across the country.

“I make the finding that the purpose of transferring Mr. Cohen from furlough and home confinement to jail is retaliatory and it’s retaliatory because of his desire to exercise his First Amendment rights to publish a book and to discuss anything about the book or anything else he wants on social media and with others,” Hellerstein said in a scathing finding during a phone conference hearing Thursday morning.

The judge rejected arguments by the U.S. attorney’s office in Manhattan that Cohen was rightly jailed because he was combative in a meeting with a probation official who had been tasked with monitoring his release.

Cohen, 53, filed a lawsuit earlier in the week against Attorney General William P. Barr and officials at the BOP. He alleged that his home confinement was revoked as payback for his book, which was expected to be released ahead of November’s election.

The former confidant of Trump was taken into custody during a meeting with probation at the federal courthouse in Manhattan on July 9. He argued that he never refused to wear an GPS ankle monitoring device for the duration of his sentence — which expires in November 2021. The U.S. attorney’s office said Cohen was “antagonistic” throughout the meeting — leading to the decision to revoke his release.

Cohen is serving out a 36-month sentence following his guilty plea in two cases. He admitted to campaign finance violations in orchestrating hush-money payments during Trump’s 2016 campaign to two women who claimed to have affairs with Trump. Trump denies those relationships.