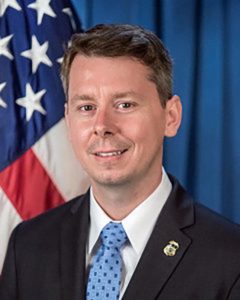 A spokesman for United States Immigration and Customs Enforcement has resigned, saying that he could no longer “bear the burden” of spreading falsehoods on behalf of the Trump administration.

The spokesman, James Schwab, who had worked for the agency’s San Francisco Division, told news outlets Monday that his decision was prompted by false statements made by the agency on Feb. 27 and repeated by Attorney General Jeff Sessions last week.

The statements criticized the mayor of Oakland, Libby Schaaf, for her decision last month to warn city residents that a raid by federal immigration agents targeting roughly 1,000 people was imminent. The agency’s deputy director, Thomas D. Homan, said that Ms. Schaaf’s warning had helped “864 criminal aliens and public safety threats” to evade capture in the raid.

Mr. Sessions, in a visit to California last week, condemned Ms. Schaaf, a Democrat, and echoed the agency, asserting that her actions had allowed hundreds to escape.

Mr. Schwab said in interviews, first with The San Francisco Chronicle and then with CNN, that he had been frustrated by the remarks, and had quit “because I didn’t want to perpetuate misleading facts.”

“I asked them to change the information,” he told The Chronicle, referring to the 864 people to whom the statement alluded. “I told them that the information was wrong, they asked me to deflect, and I didn’t agree with that. Then I took some time and I quit.”

He explained that the enforcement agency would have been unlikely to capture all of the roughly 1,000 undocumented immigrants in the area that it had targeted, and that it was incorrect to identify those who were not detained as threats to public safety.

“We were never going to pick up that many people,” he said. “To say that 100 percent are dangerous criminals on the street, or that those people weren’t picked up because of the misguided actions of the mayor, is just wrong.”

Mr. Schwab did not immediately respond to requests for comment on Tuesday. He resigned last week, according to CNN.

“I just couldn’t bear the burden — continuing on as a representative of the agency and charged with upholding integrity, knowing that information was false,” he told CNN, adding that in his 16 years of experience in government he had never been asked to deflect when he knew something was inaccurate.

In a statement, Ms. Schaaf, whom President Trump criticized last week for alerting residents to the raid, praised Mr. Schwab “for speaking the truth while under intense pressure to lie.”

“Our democracy depends on public servants who act with integrity and hold transparency in the highest regard,” she added.

An official at the Department of Homeland Security, which includes ICE, briefed on the plans for the raid said last month that agents find only about 30 percent of their targets on average during large sweeps.

Mr. Schwab told CNN that he thought Ms. Schaaf’s actions were “misguided,” but that blaming her “for 800 dangerous people out there is just false.”

ICE responded to Mr. Schwab’s comments in a statement, saying, “Even one criminal alien on the street can put public safety at risk.”

“As Director Homan stated, while we can’t put a number on how many targets avoided arrest due to the mayor’s warning, it clearly had an impact,” the statement said. “While we disagree with Mr. Schwab on this issue, we appreciate his service and wish him well.”

“If anyone wants to have a public argument over precisely how many dangerous criminal aliens eluded arrest because of the mayor’s irresponsible actions, we are happy to have that debate,” Sarah Isgur Flores, a spokeswoman for the Justice Department, said in a statement.

In a 2016 interview, Mr. Schwab told The Marion Press, his hometown paper in Michigan, that he joined the Army after high school and was deployed to Korea for four years. His service lasted until 2005, according to his LinkedIn page, and he later joined the Department of Defense, where he became a public affairs specialist in 2011. He also worked at NASA for several years before joining ICE.