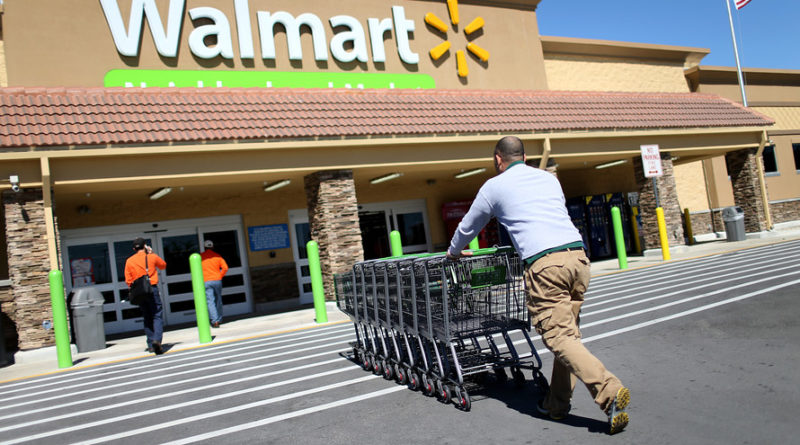 Walmart Inc. is suing Tesla Inc. over a spate of roof fires at several Walmart stores that the retailer alleges were caused by Tesla solar panels.

Walmart WMT, +0.50%  is suing for breach of contract and alleges “gross negligence” on Tesla’s TSLA, -2.46%  part for the fires, which it says all started on the rooftops of several stores in California, Maryland and Ohio that had Tesla solar panels.

“To state the obvious, properly designed, installed, inspected, and maintained solar systems do not spontaneously combust, and the occurrence of multiple fires involving Tesla’s solar systems is but one unmistakable sign of negligence by Tesla,” according to the complaint filed on Tuesday.

Tesla did not immediately return a request for comment. A Walmart spokesperson said it had “nothing more to add” beyond the complaint.

Tesla bought SolarCity Corp. in June 2016 for $2.6 billion. At the time, SolarCity was the largest U.S. home-solar-panel installer, and Tesla Chief Executive Elon Musk was then chairman and largest shareholder of both companies. SolarCity was founded and run by two of Musk’s cousins, who later left the business. Some Tesla shareholders sued over the acquisition, and that case is due to go to trial in March 2020.

Walmart’s lawyers took a swipe at the deal in the Tuesday complaint.

“On information and belief, when Tesla purchased SolarCity to bail out the flailing company (whose executives included two of Tesla CEO Elon Musk’s first cousins), Tesla failed to correct SolarCity’s chaotic installation practices or to adopt adequate maintenance protocols, which would have been particularly important in light of the improper installation practices.”

According to the complaint, the stores affected were among the more than 240 Walmart stores that had leased or licensed roof space to Tesla for the installation of solar panels.

Tesla designed the systems and presented them as “safe, reliable” and an environmentally conscious way for Walmart to reduce energy costs, according to the filing. Tesla remained the systems’ owner and promised to maintain them, it said.

By May 2018, however, it was “clear that Tesla had breached its contractual obligations,” and was asked to disconnect the systems, and Tesla complied, the complaint said. That was not enough to prevent another fire, this time in Yuba City, California, Walmart said in the complaint. The complaint also cites rooftop fires before 2018.

In total, seven stores have experienced fires that Walmart alleges were due to faulty solar panels, according to the complaint, which lists thousands of dollars in expenses with repairs, damage to merchandise and other costs.

Earlier this week, Tesla said it was rebooting its solar business by offering rentals.