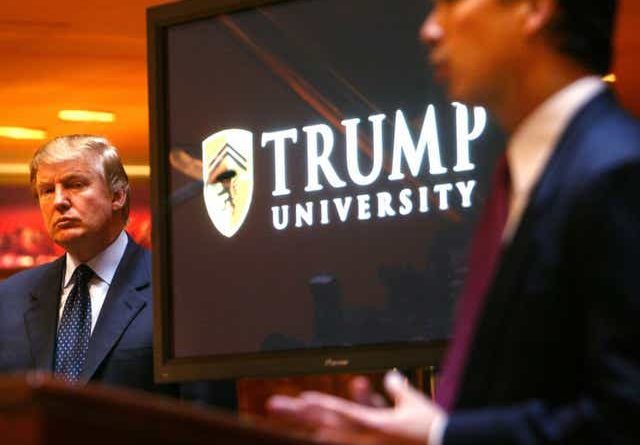 As reported by USAToday.

A federal judge finalized the $25 million settlement between President Trump and students of his now shuttered Trump University on Monday, with New York’s attorney general claiming “victims of Donald Trump’s fraudulent university will finally receive the relief they deserve.”

The order from U.S. District Judge Gonzalo Curiel — the same Indiana-born judge Trump called biased because of his “Mexican heritage” — comes a year after he first approved the settlement. It marks the end of two class-action lawsuits and a civil lawsuit from New York accusing Trump of “swindling thousands of Americans out of millions of dollars through Trump University,” in the words of New York Attorney General Eric Schneiderman.

“This settlement marked a stunning reversal by President Trump, who for years refused to compensate the victims of his sham university,” Schneiderman said in a statement.

Indeed, Trump claimed as a candidate that he “never” settled lawsuits, and would not do so in the case of Trump University. “That’s why I won’t settle,” Trump told MSNBC in 2016. “Because it’s an easy case to win in court … How do you settle a case like that?”

But Trump entered settlement talks days after the 2016 election, agreeing to pay the millions under terms that let him admit no wrongdoing.

Trump University was not an actual university but a for-profit seminar series, and former students waged a years-long battle claiming the course misled them with claims of teaching real estate success. The program ended in 2010. Some elderly plaintiffs who paid $20,000-plus in tuition died waiting to receive their checks from the settlement.

Trump had involvement in 3,500-plus lawsuits at the time of his election, an unprecedented volume for a presidential nominee.