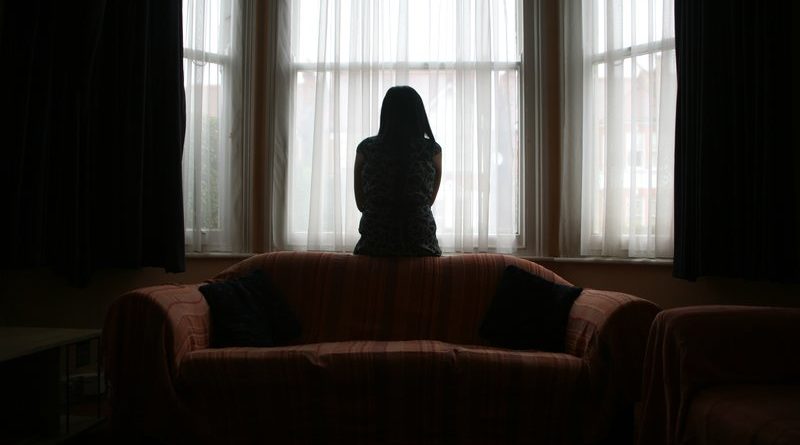 Roughly 300 million people across the country have been urged to stay home as part of an unprecedented public health effort to stem the spread of a novel coronavirus that’s killed more Americans than the Sept. 11, 2001,terrorist attacks.

While the measures may help “flatten the curve” of new COVID-19 cases, they also pose a unique threat to people in abusive relationships: How do you stay home when home is not a safe place to stay?

According to Dorchen Leidholdt, the director of the Center for Battered Women’s Legal Services at Sanctuary for Families, widespread layoffs and the heightened stress that comes with a pandemic “will inevitably lead to an increase in domestic violence.”

“Domestic violence survivors are in greater danger than ever before,” she added.

The danger applies to more of your neighbors than you might realize. An estimated 20% of women and 14% of men experience physical violence at the hands of a partner, according to data by the Centers for Disease Control and Prevention. With schools closed, children also face increased exposure to violence.

Compounding the dangers of stay home orders and skyrocketing unemployment are the closures of courtrooms around the country. Natalie Anne Knowlton, director of special projects at the Institute for the Advancement of the American Legal System, said “the dispensation of justice has come to a screeching halt in some states, and at best slowed considerably in others.”

For example, in California’s most populous counties, “only the most urgent” child abuse or neglect cases are getting a hearing, according to the National Council of Juvenile and Family Court Judges.

In New York City’s Family Courts, overburdened judges initially raised the legal standard for emergency petitions to require life or death stakes for a case to be heard. After pushback from advocates, Leidholdt said judges relaxed the standard on March 29, allowing victims throughout the city to continue to file, regardless of the immediacy or severity of the alleged harm.

And though many jurisdictions have moved swiftly to implement increased electronic filing options and telephone hearings for protection orders, there is still a fear that “people might think everything is closed,” according to Susan Pearlstein, co-supervisor of the Family Law Unit of Philadelphia Legal Assistance.

“They might not realize hotlines are still running and that you can still get a protection order,” she said.

Pearlstein added that in Philadelphia, court clerks are accepting emailed case documents and judges are available to hear emergency custody and protective petitions.

Even with those options, however, seeking legal assistance while trapped at home with an abuser remains uniquely dangerous during the ongoing pandemic. Pearlstein noted that normally, many people wait for their partner to leave the house before reaching out for help.

“If you’re living at home with your abusive partner, just having the opportunity to go online and look this stuff up might be really difficult,” she said. “Often abusers take phones or communication away. How are you going to reach anyone?”

Jennifer White-Reid, vice president of Domestic Violence Residential and Legal Programs at the Urban Resource Institute, said calls for assistance have actually declined during the COVID-19 crisis. Other organizations have reported a similar decrease, which some ascribed to limited alone time and others attributed to the uncertain consequences of seeking help.

“We will likely continue to see a reduction,” White-Reid said. “Survivors may assess the risks of leaving outweighs the risk of staying in the face of an unprecedented pandemic.”

For those who’ve already brought domestic violence cases in the past, COVID-19 has created additional complications for custody and visitation agreements that were already fraught with tension.

“There have been many stories of the noncustodial parent keeping the child at the end of their scheduled visitation, and the custodial parent not allowing visitation with the other parent,” White-Reid said. “This has been happening nationwide.”

Justin Cohen, a Wilson Sonsini associate and the firm’s New York pro bono coordinator, told Law360 that he recently helped a pro bono client who typically travels two and a half hours each way to make a weekly custody exchange with her child’s father, a man with a history of domestic abuse.

Because the child, a toddler, suffers from pre-existing health conditions that put her at risk of a severe COVID-19 infection, her pediatrician recommended against continued travel.

But Cohen hit a snag after preparing the client’s emergency petition to modify the custody agreement: He learned that courts were only hearing emergency petitions, and it wasn’t clear if her situation would qualify.

“If the family court was open, we would have filed a modification petition, absolutely,” he said. “But because of restrictions on what they’re willing to hear and rule on, we recommended to save it as a defensive petition if necessary.”

The client agreed, and now the onus is on the child’s father to challenge the mother’s decision to stop making the exchanges. Cohen added that he advised his client to be as amenable as possible with the father, including offering extensive FaceTime calls.

As lawyers get creative with their problem solving methods, courts and service providers have had to demonstrate their own creativity in firing up remote operations.

One key concern has been the security of technological systems they use to communicate with victims.

Erica Olsen, director of the Safety Net program in the National Network to End Domestic Violence, said that while providers generally have stricter confidentiality obligations than courts, “everyone using video should be thinking about security and privacy.”

“Courts need to be minimizing the risk of anyone intercepting what’s happening on the devices,” she said. “If you’re using Zoom, you need to think about what’s retained in the data logs.”

Zoom was slapped with a proposed class action suit last week by users who claim the app failed to protect their private information. Olsen recommended Skype as a more secure alternative, or even using Zoom’s “HIPAA-compliant” option, which requires the agency using the service to sign an agreement that prevents Zoom from collecting information about users.

“Some survivors are going to care if their IP address could be revealed because that could be used to identify their location,” she noted.

Maureen Curtis, vice president of Criminal Justice and Court Programs at Safe Horizon, said her organization has a “safe chat” alternative to calling a hotline, allowing those in need to text for help if they don’t feel safe talking out loud.

Many of those conversations center around safety planning within the home, like identifying a room where you can lock yourself in safely. Curtis added that shelters remain an option, at least in New York City and many other major metropolitan centers.

She said Safe Horizon’s shelters have been practicing social distancing as much as possible inside, and they are also providing group sessions and child services remotely within the building.

At the Urban Resource Institute, administrators have created pay incentives to keep shelter staff motivated to come to work, according to White-Reid. At Sanctuary for Families facilities, staff are donning homemade masks. Leidholdt said the organization is also spearheading a project that will see pro bono attorneys operate in rotation to take live calls for legal assistance Monday through Friday.

The lawyers, all of whom have been trained in domestic violence matters, will help callers draft petitions for protection that can be submitted remotely. When the pandemic eventually ends, attorneys will have played the largest role in ensuring justice remains accessible to people trapped at home.

“The dedication from public interest lawyers and pro bono attorneys is off the charts,” Leidholdt said.