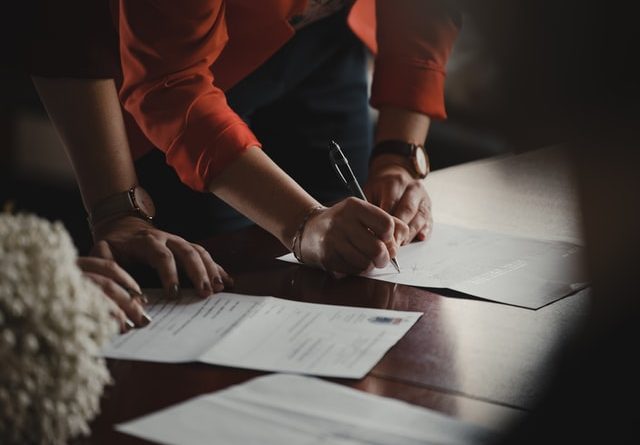 A contract can be verbal or written. A verbal contract or an oral agreement is uncommon. A tacit agreement is one which is comprehended from the parties’ behaviour, even in the absence of an exchange of words, through the surrounding circumstances and these circumstances explicitly specify the agreement. A contact can be implied in two different ways and we will learn more about it in the rest of the article.

What are implied contracts?

Regardless of whether it is verbal or unwritten, an implied contract is a legally binding agreement which is simply based on the conduct of the parties involved, or the circumstances surrounding them. Contrary to the more common form of express contract, which is usually a written agreement, implied contracts are generally uncommon. Instead, they tend to be oral agreements. A tacit agreement can be inferred from the parties’ behavior or surrounding circumstances, even in the absence of an exchange of words. No explicit words are exchanged – either orally or in writing – that explicitly specify the agreement. As a general example, taking a benefit from another party is similar to taking advantage of another party, knowing that the other party expects to be paid for the service provided. As with express contracts, implied contracts are legitimate and enforceable. Due to the lack of expressed terms, implied contracts can sometimes be difficult to enforce. Additionally, in many jurisdictions, if a contract, to be enforceable, must have a written contract, such as a land sale or a contract with a very high value.

Illustrations of an implied contract:

In order to enforce implied contracts, the law has to rely on a fundamental principle of fairness – the belief that no party should benefit from another without reimbursing the party who provided it.

A contract can be implied in two different ways. In the first case, there is an implied-in-law contract. In such cases, circumstances, rather than the acts of the parties involved, determine the terms of the contract.

Usually, courts recognize implied-in-law contracts in instances where one party would otherwise unjustly enrich themselves at the expense of another. This type of contract is distinguished from other types by the fact that it is recognized even in situations where neither party was aware of its existence.

The implied-in-fact form of contract is the other form of implied contract. Implied contracts can usually be inferred because of the behavior of the parties that shows they have tacitly understood that each party is obligated to perform whatever is specified under the agreement.

What are express contracts?

A contract that is expressly stated and binding to both parties is one that is agreed to prior to its formation. It may either be an oral contract or a written contract. Offers and unconditional acceptance must be clearly conveyed, and the contents of the offer should be easy-to-understand.

Contrary to implied contracts, express contracts present the terms distinctly and precisely and rely on them rather than on parties’ behavior, actions, or apparent intentions. It should be noted that express contracts specify certain specifics. For instance, the quantity of products to be delivered or the service to be provided should be specified. If possible, they should also mention the exact time the transaction will take place so that there are no ambiguities or vagueness. A law does not permit any substitutes for the express terms of a contract, so if there is an express contract in place, there will not be another implied contract covering the same situation.

Validity of an Express Contract

To enforce the validity of an express contract, both of the following conditions must be met:

What are quasi contracts?

Indian Contract Act specifies certain obligations that are not technically contracts, as the contract may lack one or more of the elements, but can nevertheless be enforced in court. The obligation in question is referred to as a quasi-contractual obligation. In Chapter V of the Indian Contract Act, 1872, Sections 68 to 72 (each discussed separately) describe each of them.

As a rule of thumb, quasi-contracts are based on the principle of “Nemo debet locupletari ex aliena jactura”, which is “No man should profit from the loss of another man”. The principle of unjust enrichment applies to the liability of quasi-contractual obligations. A fundamental principle of this idea is that no one should reap an unjust benefit at the expense of another. The principle dictates that no one should gain anything unjustly when the thing he gains would mean the loss of something else. They do not stem from an offer and their acceptance, that is, from a contract between parties. On the contrary, they are grounded more in the principles of justice and equity, as well as in a good conscience.

Important points of differentiation amongst the three kinds of contracts

– An implied contract can be defined as a contract in which a proposal and acceptance are expressed nonverbally, i.e. through other means. It may be understood as a contract which is assumed or believed to exist between the parties through implication. In other words, when the parties’ conduct shows an intent to enter into an agreement, it is possible for that contract to be implied even when there is no formal written or oral contract. Implied contracts are generally just as valid as express contracts.

– Despite the fact that a quasi-contract can function to achieve the same results as a contract, it isn’t inherently a contract in the traditional sense. Rather, a quasi-contract is a document created by a court to reduce unjust enrichment. The use of quasi-contracts is normally employed where the absence of an express or implied contract has a potentially unjust result. A quasi-contract allows a plaintiff to recover the benefit conferred on the defendant who would otherwise be unable to receive it.

(b) Formation and execution

– In an implied contract, the parties concerned create a contract through their actions or conduct. In an express contract, which can be written or oral, the parties sign a contract consisting of words that can be regarded as express. In both the types of contract, there is always agreement between the parties. Contractually derived rights, including rights in rem and in personam, arise from the performance of the contract.

– Quasi-contracts do not entail an agreement between the parties. Quasi-contracts do not involve consent between the parties. The liability of the quasi-contract exists independently of the agreement and rests on the legal principles of equity, justice, and good conscience. It is a legal requirement. In other words, it is not created by the operation of the contract. The statement is true in personam. Therefore, it can be used only against a single individual and not against the whole world.

– An example of an implied contract is receiving cash from an automated teller machine. Purchasing a product means it must perform the function it is intended to perform. Manufacturers and sellers are liable for damages if a refrigerator fails to keep food cool, or if a warranty is not honoured.

– Among the examples of express contracts are a Lease Agreement or a Trust Agreement.

– In case of a quasi contract, A and B enter a contract under which A agrees to deliver a television set at B’s residence and B promises to pay Rs. 15,000 after consuming the commodity. However, A erroneously delivers a basket of fruits at C’s residence instead of B’s. When C gets home he assumes that the television set is a birthday gift and consumes them. Although there is no contract between A and C, the Court treats this as a Quasi-contract and orders C to either return the television set or pay A.

There is a significant difference between the three types of contracts mostly in the manner in which an order is communicated and the type of evidence required for their enforceability. As the name suggests, express contracts have explicitly spelled out the terms and conditions of a deal. An implied contract differs from this, because it is a contract that is presumed to exist as a result of the behaviour of the parties. Contracts and quasi contracts are fundamentally different. Contracts are not obligatory, but are obligations imposed by the law, by which one is prevented from exploiting another’s position. The Indian Contract Act of 1872 covers these types of obligations under Chapter V, titled, ‘of contractual relations’; however, the term ‘quasi-contract’ is not included within that title. There might be a reason for this because the act also informs us that these kinds of obligations are different from real contracts and should not be called quasi-contracts. The principles of equity, justice and good conscience form the foundation of quasi contracts, which require that no one should profit illegally and at the expense of others. The quasi-contract concept is founded on the presumption that the legal requirements cannot override the technical considerations of the contract. There should be compensation to the person receiving a benefit for the trouble and expenses incurred by the other party when something has been done for their benefit without waiting for their consent or other formalities.